Plans to encourage young talent to stay in Wales

Wales is facing a crisis as young people desert the principality in search of more rewarding and successful careers elsewhere. The Welsh government is looking at plans to arrest the exodus because if it continues at its current rate there will be severe ramifications for the country’s economy. With the number of working-age citizens continuing to fall, the government is concerned that it will have less funds in the coffers and will therefore, have difficulty paying for an ageing population in the future.

Vaughan Gething, Minister for Economy, addressed the issue at an economic summit in Pontypridd earlier this week, where government leaders, businesses and trade unions were in attendance. 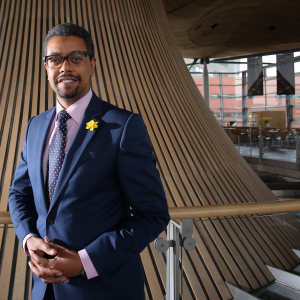 The plans are part of a wider strategy aiming to aid the Welsh economy and its recovery post Covid pandemic. Mr Gething explains the importance of the challenge:

“It’s a really significant challenge for us. If we don’t have more people of working age in good work, we’ll end up with a smaller and smaller tax base.

“We want to make best use of the talent we have as well as attracting people to Wales. People move to Wales to retire but it’s a great place to work as well.”

The point about Wales attracting retirees is an important one because the ever increasing ageing population exacerbates the issue caused by those of working age leaving Wales. Mr Gething continued:

“It’s about having a more optimistic vision about the future – you don’t have to get out to get on, there’s a really good environment for you in Wales, not just for business or work but a good place to live.”

Forging links between businesses and universities

The Welsh government also intends to help businesses build stronger working relationships with universities to create more attractive jobs that appeal to graduates and reduce the risk of losing them to companies located elsewhere in the UK.

One such venture that has already been established to help connect graduates with businesses in Wales is Darogan Talent. The business was founded by Theo Davies-Lewis and Owain James, who when studying at Oxford were alarmed that although the big corporates from London were poaching the best students, there weren’t any businesses from Wales doing the same.

The strategy is also looking at providing funding for startups in specific areas to try and help stem the flow of talent from leaving the land of their fathers.

There is also a fear that the so called ’brain drain’ will have a detrimental effect on the Welsh language. The government has set the goal of one million Welsh speakers by 2050 but this is only achievable if youngsters are kept in regions such as west and north Wales where the language is at it’s strongest. This is especially difficult to accomplish due to the lack of high quality jobs in these areas. 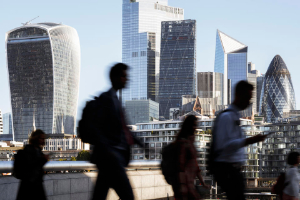 Historically, Wales has always suffered from losing talented young people to other parts of the UK and overseas. And who can blame them? If the opportunities and higher salaries are to be found in cities such as London then it's human nature to gravitate towards such places, even if the streets aren’t paved with gold.

At least the government is taking measures now and adopting a somewhat proactive approach. However, it is one thing stemming the flow but the next step needs to see a strategy implemented to attract talent from outside of the principality to make it sustainable.

‘Get on your bike and look for work’ was a quote attributed to Conservative politician Norman Tebbit during the 1980s and several MPs including Iain Duncan Smith have used the same quote since then. You can be sure of one thing, Gethin Vaughan and his fellow members of the Senedd will not be uttering those words anytime soon.

To speak with a Business Butler Expert about any issues facing your business, lease click here.