The furlough scheme has ended | A blog by Business Butler

Farewell to the furlough scheme

The furlough scheme, which has safeguarded millions of jobs during the past 18 months, finally closed at the end of September. The Coronavirus Job Retention Scheme, as it was officially known, was launched in April 2020 when large parts of the UK economy were forced to close because of the Covid-19 pandemic.

Under the scheme, the government contributed up to a maximum if £2,500 per month towards the wages of employees who couldn’t work, or whose employers could not afford to continue paying them. The priority of this pioneering scheme was to keep people in jobs until the peak of the pandemic had passed.

Subsidised wages for millions of workers

The government initially paid up to 80% of wages but from August last year this changed to 60% with employers adding 20%. The furlough scheme protected more than 11 million jobs during its 18 months and according to figures released by HM Revenue & Customs (HMRC), the scheme peaked in May 2020 when there were 8.9 million workers relying on the subsidies. Ever since then the numbers of people on the scheme has declined steadily, with 1.6 million claiming in July 2021 and an estimated 1 million in September this year. 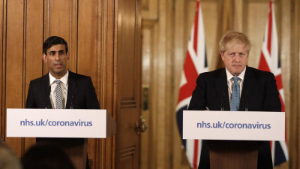 Few would argue that the Coronavirus Job Retention Scheme has been a resounding success, even if it did cost an astronomical £66 billion. Millions of jobs have been saved because it was predicted the pandemic would cause job losses among 10% of the working population but the actual figure today is roughly 5%.

During the past 18 months some workers on the scheme have been made redundant, most of those occurred when the scheme was supposed to end last autumn. People who were made redundant while on furlough were entitled to specific legal rights. These included the process of selection, which had to be fair, they should have been given notice and were entitled to redundancy pay.

Support across most sectors

Certain sectors benefitted more than others from the scheme, with the hospitality industry claiming the most amount of money, followed by wholesale and retail. In fact, most industries turned to the government for help, including travel and leisure; manufacturing; arts, exertainment and recreation; construction; transportation and storage. Many failed to receive support because they did not meet the qualifying criteria and the massed ranks of the self-employed were hit the hardest.

The scheme has already been extended twice, firstly in September 2020 and then in March 2021. Although the one million people relying on payments up until last month were hoping for a third extension, it was not to be.

Some sectors that have depended on the furlough scheme until the very end, such as the aviation industry and tour operators, are still enduring severe economic difficulties and there is a concern that now the scheme has closed they won’t be able to afford to pay employees and will have no other option but to make them redundant. The Bank of England are among several financial institutions predicting a slight increase in unemployment from October onwards.

Some argue that the UK should adopt the approach used by several European countries and there are calls that the government should establish a permanent short-time working scheme as a post pandemic legacy.

When the German economy began to close down because of the pandemic in March 2020 they already had a proven scheme in place named Kurzarbeit which proved to be successful in the 2008/09 global economic crisis and was credited with saving 500,000 jobs. During the recent pandemic, 50% of all German firms relied on the scheme when staff were put on ‘short-time’ working hours. The scheme can also be used in normal trading conditions when businesses are suffering from seasonal fluctuation or undergoing restructuring. 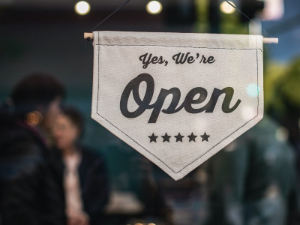 France has a scheme known as 'chômage partiel' or ‘partial activity’ which was also established before the Covid-19 pandemic. The scheme follows the same principle as Germany’s scheme and subsidises pay for those on reduced working hours. Companies in France are allowed to reduce employees hours by up to 40% under the scheme and they can do this for up to three years if required. This ensures workers receive the equivalent of almost their full pay for the whole period.

Whether the UK government devises a similar scheme or decides to launch further job support measures remains to be seen, but one certainty is that the UK is in a far better economic position today thanks to the Coronavirus Job Retention Scheme.

For any concerns you have about your position following the end of furlough, or any other employment related issues, please click here to speak with one of our HR experts.