Until a week ago few people would have heard the name Vishal Garg unless they were unfortunate enough to work for him. As the CEO of Better.com, an online mortgage company based in New York, he recently made headlines around the world for his ruthless approach to staff redundancies.

The bearer of bad news

Garg gathered together 900 staff for a Zoom call and fired them all. His actions have unsurprisingly received criticism and rightly so. Garg started the Zoom call by saying:

"Hi everyone, thank you for joining. I come to you with not great news. The market has changed, as you know, and we have to move with it in order to survive so that hopefully we can continue to thrive and deliver on our mission.”

"This isn't news that you're going to want to hear but ultimately it was my decision and I wanted you to hear it from me. It's been a really, really challenging decision to make. This is the second time in my career that I'm doing this and I do not want to do this. The last time I did it I cried. This time I hope to be stronger. But we are laying off about 15% of the company for [a number of] reasons: the market, efficiency and performances and productivity.”

Before concluding the call with:

"If you're on this call you are part of the unlucky group that is being laid off. Your employment here is terminated. Effective immediately." 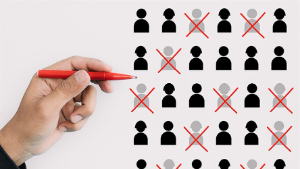 No mention of significant investment

The video call appeared to have been filmed and uploaded onto social media platforms which caused uproar and attracted stinging criticism from everywhere. The CEO with less tact than David Brent chose not to mention the fact that the company had received investment to the tune of $750 million (£565 million) from a Japanese firm the week before the announcement.

Following on from the negative publicity several senior executives have resigned from Better.com. The company’s head of marketing Melanie Hahn, head of public relations Tanya Hayre Gillogley and vice president of communications Patrick Lenihan have all left the firm.

This isn't the first time

Although Garg blamed market fluctuations for his decision, he also suggests that there were productivity and performance issues in a blog post he issued later. Fortune magazine reported that Garg blamed his staff for “stealing” from their customers and colleagues by claiming for eight hours of work while only working an average of two hours each day.

This is not the only time that his management style has drawn criticism. An email he sent to staff last year was acquired by Forbes and read: 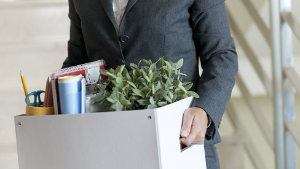 Since he received widespread condemnation for his actions Garg has apologised publicly for failing to show “respect and appreciation” to the staff he sacked. Although he admits that the decision was his, he acknowledges that the way in which he communicated the unwelcome news was wrong. Garg also realises now that the fact that he didn’t thank the employees for their contribution made the situation worse. He is however, committed to becoming a better leader!

Better.com was founded by Garg in 2015 and uses technology to simplify and speed up the home buying process. There are plans to float the company on the stock market but the publicity could have a detrimental effect on future business. Prospective customers may be put off by the way he treats his staff and go shopping elsewhere for mortgages.

Maybe Garg forgot it was the season of goodwill but suffice to say that as a result of his callous actions he shouldn’t expect to receive many Christmas cards this year. And as for awards for his management style…

To speak to one of our HR Experts about any work related issues, please click <HelpButton />