Lush cosmetics closes some of its social media accounts

Evidence reveals that social media platforms can have a negative effect on the mental health of its users and much to everyone’s frustration, the powers that be don’t take any action. So it is refreshing to see global cosmetics giant Lush take a stance by closing down some of its social media accounts in the wake of Facebook whistleblower Frances Haugen's revelations.

Rolled out across the globe

The company shut down its Facebook, Instagram, Snapchat and TikTok pages last week as a protest until platforms ‘take action to provide a safer environment’ for users.’ Lush will implement their policy across all 48 countries they operate in. There is no doubt that this is a cause that is extremely important to Lush and the fact that they have chosen Black Friday to take action just reiterates that fact.

The company has decided to continue with their Twitter and You Tube for the time being as they pursue other channels of communication.

"[Social media channels] do need to start listening to the reality of how they're impacting people's mental health and the damage that they're causing through their craving for the algorithm to be able to constantly generate content regardless of whether it's good for the users or not." 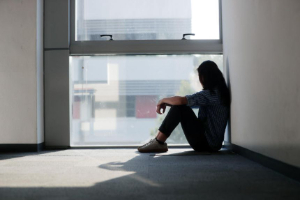 The cosmetics firm had closed several of its UK social media accounts before the pandemic but found it opening up the channels again despite its noble intentions. They decided at the time to open up and allow access to some of the closed channels in order to provide a service to customers during lockdowns.

This time, things are different and despite the obvious loss of revenue from closing down platforms which are popular with it’s target audience, Lush will be staying offline for 12 months.

The multi-national business boasts four million followers on its Instagram page for North America and 1.2 million on Facebook and they are fully aware of the financial implications of their actions as Jack Constantine pointed out:

"We already know that there is potential damage of £10m in sales and we need to be able to gain that back.”

"In the same way that evidence against climate change was ignored and belittled for decades, concerns about the serious effects of social media are going largely ignored now," the cosmetic company said in its press release.

"They're becoming something that you are so easily addicted to."

"We're looking at how we can be a positive impact on the world, instead of a negative one. We're definitely concerned that our appearance on Instagram, Facebook, Tiktok and Snapchat is something that is more damaging than healthy. YouTube, we may have to review again, but currently we don't see it as a negative." 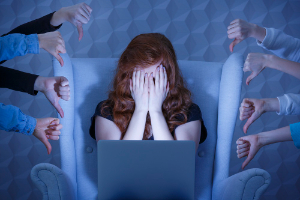 "I've spent all my life avoiding putting harmful ingredients in my products. There is now overwhelming evidence we are being put at risk when using social media. I'm not willing to expose my customers to this harm, so it's time to take it out of the mix."

"I'm happy to lose £10 million by quitting Facebook," he told The Guardian newspaper.

Lush's Facebook and Instagram accounts had a combined 10.6 million followers but they feel they have been given no choice because of Meta’s own research about Instagram’s adverse impact on teen girls’ mental health.

"We're talking about suicide here, not spots or whether someone should dye their hair blonde," Mark Constantine continued: "How could we possibly suggest we're a caring business if we look at that and don't care?"

Lush have taken this action in the hope that best practice guidelines will be introduced by the platforms, with the main objective that international regulation would be passed into law.

Lush can only be applauded for their actions and let’s hope more leading brands adopt the same approach to drive permanent change.